Your Hotel at the Mühlenteich

Our hotel in Lübeck

Our family-run hotel is located in a preferred old town location. You can reach the city center, the pedestrian area and the town hall on foot in five to ten minutes. 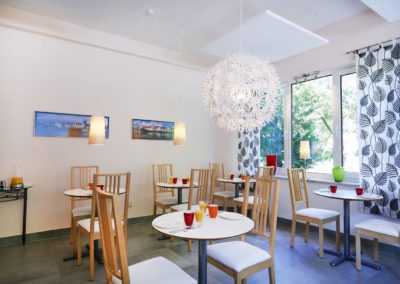 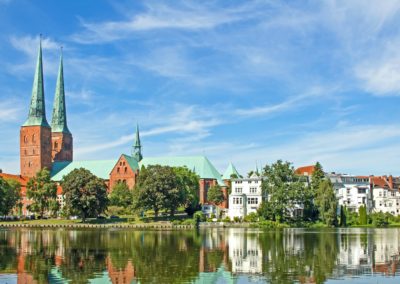 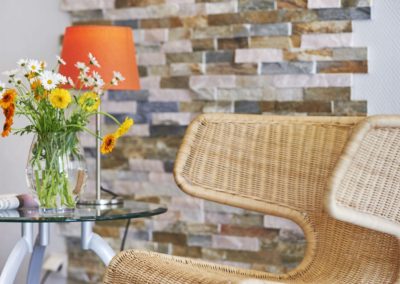 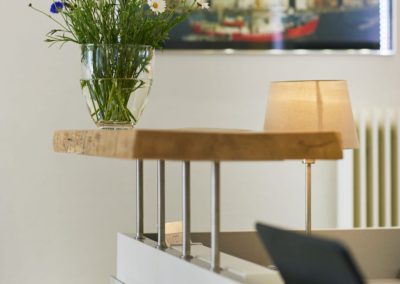 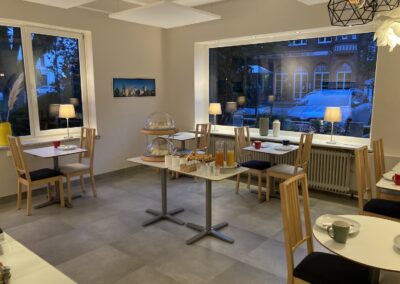 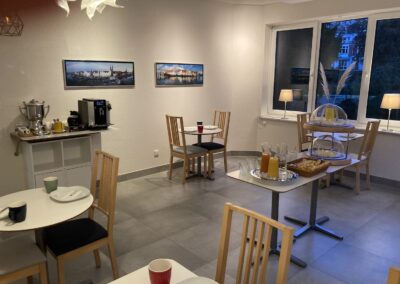 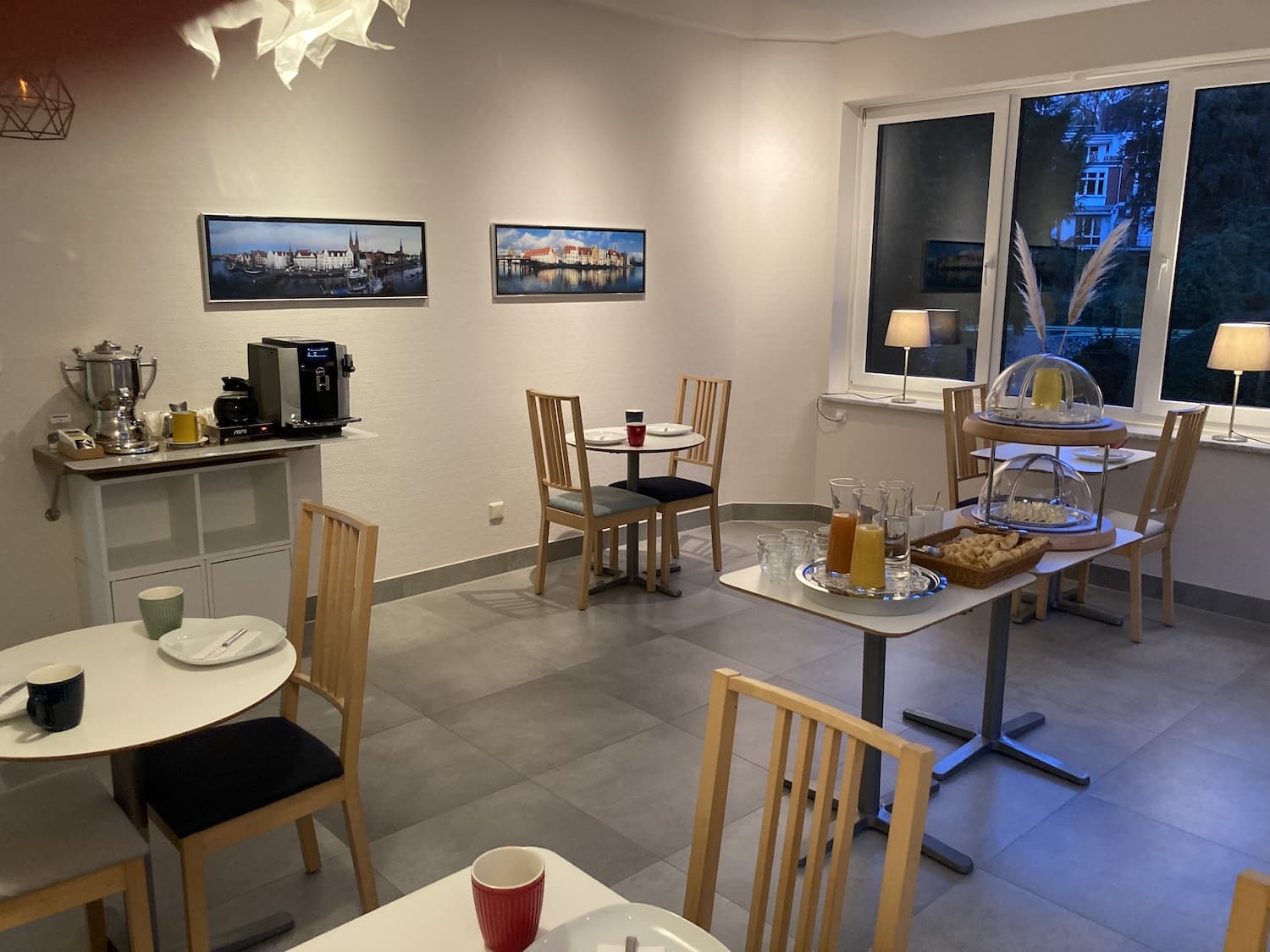 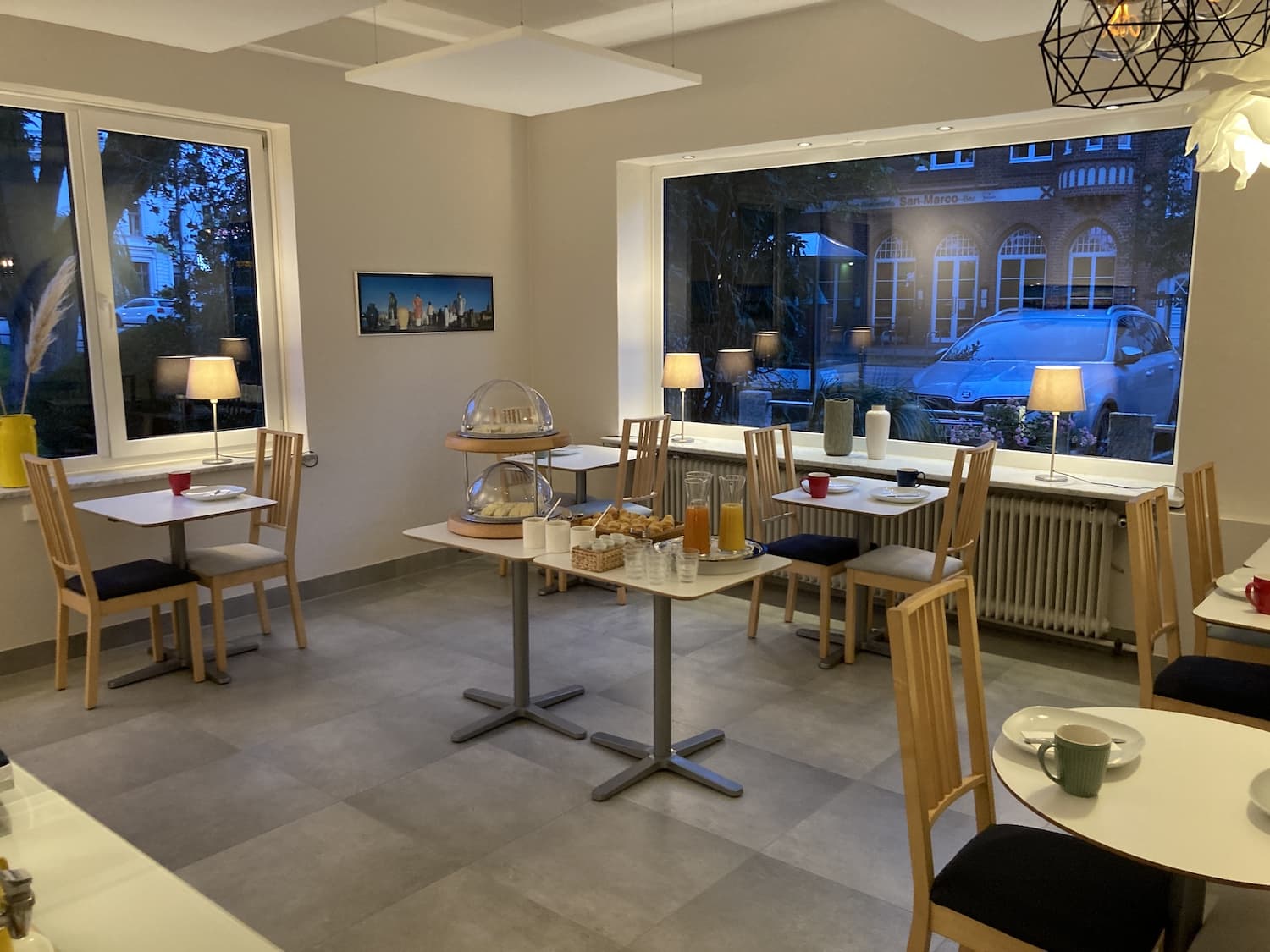 The “French style” breakfast can be booked in addition to the booking, depending on availability!

The central location of our hotel “Am Mühlenteich” gives you the opportunity to reach all historic monuments, churches and museums in Lübeck on foot. We can also recommend a shopping trip through Lübeck’s old town with its many small and interesting shops. Not only in the evening invites the city with countless restaurants, restaurants and their scene pubs for an interesting and nice culinary delight. There is certainly something for your taste. 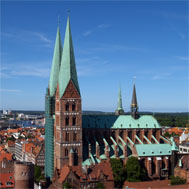 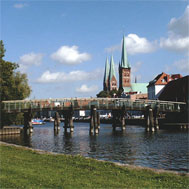 St. Peter’s Church in the foreground 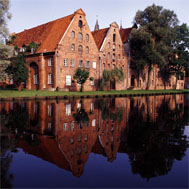 built in the 16th-17th century 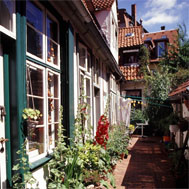 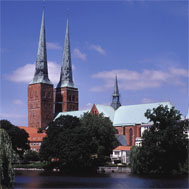 Laying of the foundation stone 1173 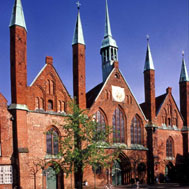 built in the 13th century 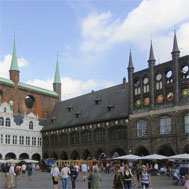 Especially worth seeing:
the Renaissance staircase built from 1298

If you come from the south to Lübeck drive over the Puppenbrücke and then see one of the most beautiful city entrances in Germany with Holstentor, St. Mary’s Church, St. Peter’s Church and right in front of the old Lübeck salt storage.

To the city planner Lübeck ›

Program of the University of Music Lübeck ›

Events in Lübeck and surroundings ›

Lübeck, the current World Cultural Heritage and the former Queen of the Hanseatic League was founded in 1143 as a Christian merchant settlement by Count Adolf von Schauenburg. After the city was cremated by a fire in 1157, Henry the Lion founded 1158/59 in the old place Lübeck again. After Lübeck was in 1160 Bischhofssitz, Henry the Lion in 1173 laid the foundation stone for one of the largest brick buildings in the north, the Lübeck Cathedral. In 1226 Emperor Frederick II granted the Lübeckers imperial immediacy. This imperial freedom lasted 711 years. The Lübeck Council had built next to the town hall of St. Mary.

Only after several modifications, the church was completed in 1350. The Luebeck Marienkirche possessed until approximately 100 years the with 125 meters highest Kirchenturmpaar of the world. At the end of the 13th century also the Holy Spirit Hospital and several citizens ‘and merchants’ houses with their stepped gables were built. Since Lübeck emanated the building ground in the 14th century, gates were broken into the existing facades in order to cultivate the yards and gardens behind. Thus arose for the poorer people ganghouses and for the wealthier the courtyards. A number of these courtyards and ganghouses can still be visited today.

The construction of the road network on the city island has remained unchanged since the Middle Ages.

The culture in Lübeck has a high priority. 30 main and honorary church musicians, the theater with opera, operetta and drama, as well as symphony concerts and chamber music offer a wide range throughout the year.

Among the many museums in Lübeck, the St. Annen Museum occupies a very special position. It is one of the most beautiful museums in Germany and has one of the most significant collections of ecclesiastical art. But the other museums such as Behnhaus (municipal painting collection), Buddenbrookhaus, castle monastery, arsenal or the museum in Holstentor are definitely worth a visit.

You are welcome to book a parking space for your car directly at the hotel (subject to availability). Just contact us. Otherwise, you will find public parking within walking distance. 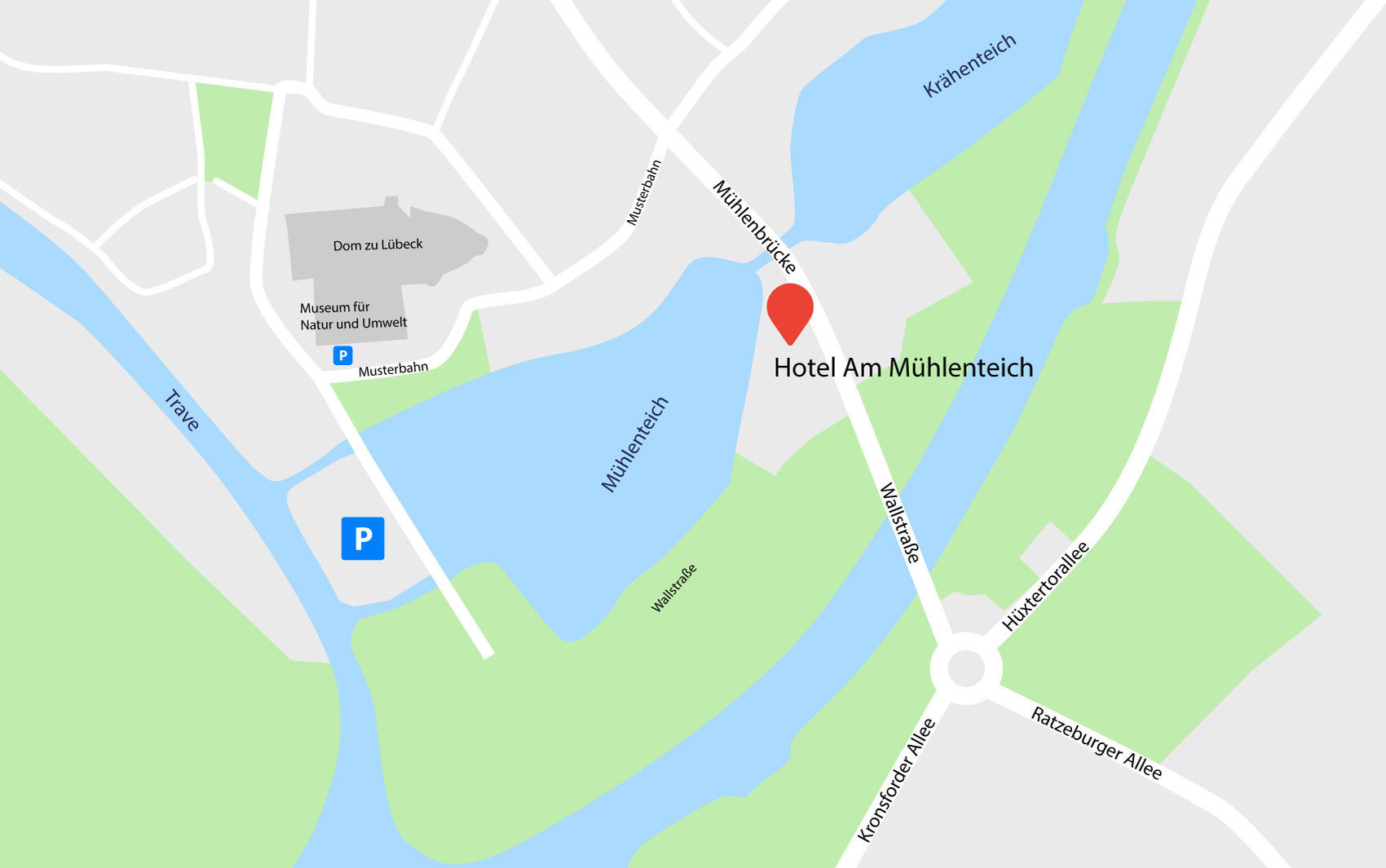